Ansible Training is delivered by Subject Matter Experts currently managing, landscapes in real-time environments. The course and its contents are developed by subject matter experts and solution Architects, who deliver the solutions to Fortune 500 and Top-Notch MNCs around the globe. 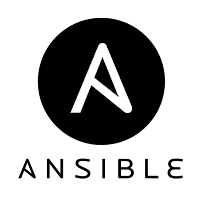 Ansible Certification Training in Chennai; designed and developed from the ground up, by training experts specifically to cater, candidates of all technical backgrounds, especially focusing on the

Automation with Ansible I Benefits

This is popup preview that you can fill with any content you want.

The plugin include some shortcodes, you can read more about them at the bottom of this page. The main 3 sections to configure the popup are:

Appearance: Where you edit the look and feel of the popup.
Display Rules: Here you choose on which page to display the popup (Set to all by default)
Display options: Some important settings about the plugin, being the more important trigger action.